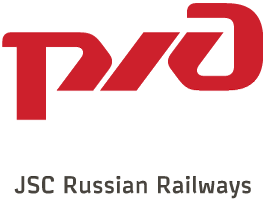 JSC Russian Railways is one of the world’s largest rail corporations. It handles colossal volumes of passenger and freight traffic; it’s been awarded the highest financial rating plaudits; its staff are the most exceptionally-qualified experts in all spheres of rail transport; it can call upon an impressive range of scientific and technical resources; and alongside its extensive ongoing building and development plans, it has great experience in international cooperation.

The company’s mission lies in meeting market demands for transportation, increasing the efficiency of its operations, maintaining high-quality services and deep-level integration in Eurasian transport systems.

The company’s core objectives lie in catering to the State’s, businesses’ and individuals’ transportation needs; providing works and services conducted by rail; and ensuring that its operations are profitable.

The company’s strategic goals are -

JSC UTLC is the operator company of transit container services in the traffic China-Europe-China established on an equal footing by the railways of the Republic of Kazakhstan, the Russian Federation and the Republic of Belarus.

The key goal of JSC UTLC is to increase the volume of transit container transportations on the railway infrastructure of these countries.

The volume of transit traffic from Asia to Europe through the territory of Kazakhstan, Russia and Belarus by container trains of JSC UTLC in 2016 exceeded 100 thousand TEU what is more than 2 times exceeded the index of 2015. In 2016 1177 container trains were dispatched using the services of JSC UTLC. The achieved result became an absolute record among the organized transit railway services for the entire history of the 1520 mm track infrastructure. In 2017 more than 30 thousand TEU were shipped as part of 500 trains.

UTLC services can be of interest to all participants in the supply chain: cargo owners, logistics, operator and freight forwarder companies, carrier and forwarding companies both in China and South-East Asia and in Europe as a real alternative to other modes of transport offering cargo transportation services in Eurasian transport: UTLC services are much faster than the sea way of delivery and much cheaper than air transportation.